He’s mad. You’re mad. You’re both defensive and somehow the argument is no longer about the original disagreement. It’s now a battle of who will be right and who will be wrong. (In the heat of the moment, we often say things to sway the conversation our way, even if it’s not 100 percent true.) Small variants in our language make a BIG difference when communicating with your partner. Try changing a few bad language habits so you can stick to the point and resolve the original disagreement. Here are six small changes that’ll make a big difference in your relationship long-term: The #1 Key to Effective Communication 1. Don’t Use the Words “Always” and “Never” “You always leave your clothes on the floor.” “You are always negative with the kids.” “You’re never home to help put the kids to bed.” “Always” and “never” put your partner on automatic defense. Why? Because it absolutely can’t be true. There will never be a time where “always” works because there’s always an exception to the rule. (Same goes for “never.”) He can’t always leave his clothes on the floor — he put it in the basket at least once. Check out YourTango for relationship advice Other options: often, a lot of time, rarely, or very little. But if you say “always,” you’ve just added on an additional fight. Couples Counseling Page 1 of 3 2. Make It About YOU You’re not going to make your point by pointing fingers. Instead, turn things around and make it about what you need, rather than about what he does (or doesn’t) do. “I am a person who needs to be snuggled.” (Instead of, “You never snuggle anymore.”) “I need to go to bed each night feeling safe, and I can’t do that if I’m worried about someone breaking in.” (Instead of, “You never shut the garage door before you go to bed, and it drives me nuts.”) 3. Don’t Bring Everything Up in the Heat of the Moment It’s easy to hold things inside to avoid a fight, but because of our innate desire to be right all the time, those things tend to creep out during a fight later on. If you and your partner are in the heat of the moment, throwing out three more things that bothered in the past month will only make that fight harder to get over. Use your “I” statements, and your partner will be much more open to problem- solving the little things when both of you calm down. 4. Compliment Each Other Often. Research shows that for someone to perform at their best in the workforce, they need six positive comments to negate one negative comment. You need an even greater positive to negative ratio in a relationship because you’re twice as invested. Every time you tell your man he’s hot, that you’re lucky to have him or that you appreciate him being so handy around the house, it makes him feel needed and wanted. So when a fight inevitably comes up, he’ll feel your relationship is solid, which keeps his focus on meeting your needs (instead of the fact that you seem unhappy and want to change everything about him). Why Men Are More Distant Than Women in Relationships Couples Counseling Page 2 of 3 5. Watch Your Tone, Voice Level and Curse Words Nothing spirals a fight out of control more than explosive yelling, cursing and nasty tone. You may not be able to change your partner’s, but you can control your own. If half of the battle is under control (as in you), half of the fight is under control. Emotions tend to take over during these times, but if you stay in control, you can think logically. Even more, you’ll stay respectful. Showing respect for one another, especially during arguments, is essential to a happy relationship. 6. Avoid Offensive Comments — They Get You Nowhere Six months after a fight, couples often forget what the fight was about. What neither of you will forget, though, are the sharp jabs that dehumanize or make the other feel inept or invaluable. Offensive comments linger and build resentment in a relationship. DON’T invite that into your relationship! Learning to rewire how you and your partner speak to each other isn’t easy, especially if there’s a pattern that needs to be broken. As with anything, focus on changing one thing at a time. (Master that skill before taking on the next.) Once you’ve become a language master, you’ll find that your arguments are shorter and nicer. Additionally, the discussions will be more about love and communication, rather than winning the war.

It’s Not About Sex

Sex Addiction as a Way to Regulate Emotions

Your Brain on Sex

Healing From Infidelity and Depression

22 Quotes to Help You Overcome Guilt and Shame

How Does Sex Addiction Differ from other Addictions?

3 Tips To Survive Your Wife’s Affair

Is Your Relationship Dysfunctional? 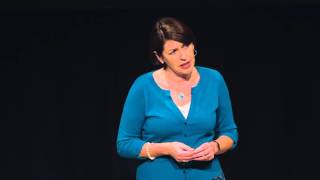 We Need To Talk About Sex Addiction